You are here: Home / General history / Gab vs. Twitter: Which is better?

Within the microblogging sphere of the social media world, Twitter reigns supreme.  But can it stay on top in a fidgety age when other shiny new digital toys are in reach?  Enter the microblogging Twitter alternative, Gab.  Created in August 2016 (over a decade after Twitter’s birth), Gab offers a strong set of competitive features which make it a formidable rival to its older foe.

While I have been using Twitter for years, I recently had the opportunity to dive into Gab’s universe.  Having surpassed the 1000 post mark on the service, I have a good sense of what works on Gab, and what doesn’t.  Here is my analysis of competition between Gab and Twitter.

Both Twitter and Gab have similar interfaces consisting of a horizontal, top banner with multiple columns of text and news underneath.  Twitter’s familiar three-column interface contains a space for trending topics, Tweets sent by users, and other information (e.g. “Who to follow”).  Because Gab’s two-column interface has one column dedicated to trending topics (and a few other quick links) and and another column for messages (or “Gabs”) sent by people you follow, it allows for a roomier appearance.  I also noticed that the font that Gab uses is noticeably larger font than Twitter, which uses Neue Helvetica (possibly 11 pt).  The font seen on Gab appears to be Arial 13 pt, which makes the service look clumsier on one hand, but easier to read on the other.

Although both services look relatively similar, the appearance of Twitter is cleaner and more polished.  Still, I think that it would not be very difficult for Gab to close this gap.  With a few simple changes, Gab could improve its aesthetics to rival that of Twitter.

Twitter and Gab follow the same format of allowing users to post short messages with the option of attaching images, gifs, or polls.  Twitter also allows for tagging one’s location, but aside that the services are similar.  There are, however, a few differences worth discussing more.

A more important difference is that Gab allows for both deletion and editing of posts after they have been published.  Twitter allows only deletion, but not editing.  It seems that there have been serious grumblings about the inability to edit Tweets in the past, and I know that politicians and/or celebrities have sometimes been burned by writing ill-advised Tweets, only to delete them later (the equivalent of doing the “Walk of Shame”).  Editing posts on Gab is a big plus because it allows you to modify a message if you regret something you posted in haste, or even to correct a stupid typo that you made while writing quickly.  Gabs that have been edited are marked as such, and if it was directed at a person the recipient gets a notification that the post has been edited.  In my opinion, this is a huge advantage for Gab.

Another feature difference centers on Gab users’ ability to upgrade their accounts to Gab Pro status for a fee.  The Gab Pro user has special privileges, such as writing much longer posts, special formatting (bold, underline), and creating lists.  This paid user structure allows Gab to operate without posting ads elsewhere on the site.  Twitter does not have anything quite like this and gets money by posting rather obtrusive ads, but it does give all users the ability to create lists, which I have found this to be very handy at times.  Although it might seem like Gab Pro users would have an unfair advantage over regular, non-paying Gab users (like me), I haven’t found that conversations with Pro users suffer because the other person can create longer posts than me.  The Gab approach seems to work, and it’s nice to avoid those annoying ads like on Twitter.

The way Twitter is designed, users primarily interact with Tweets by people whom they follow, and secondarily by clicking on trending topics or hashtags to see what the universe of Twitter users are saying.  In my understanding, trends on Twitter are generated when large numbers of people tweet particular phrases or hashtagged words.  With Gab, it’s generally the same, but instead of keywords generating the trends, it’s topics.  Gab users have the ability to create Gabs independent of a topic, or may create a new topic so that anyone may post a Gab that belongs to that topic.

I find Gab’s approach to topics to be really useful and it really helps to focus conversations by subject matter.  Topics are chronologically-arranged, so the most recently-created topics are pushed to the top.  While the Gab system opens the door for abuse (people can start topics on whatever distasteful topic they want), it also leads to an almost forum discussion-like feeling within a microblogging format.

The last difference to discuss is the type of content you’ll find on Twitter and Gab.  Twitter is such a huge universe compared to Gab that it’s hard to compare, but with Twitter there are a lot more topics discussed.  The simple fact that every major business around today has a Twitter account means that the service can be used for commercial needs, as well as customer service issues.  Twitter is also used by users from the entire spectrum of life, from sports to business, from education to religion, from art to history, and everything in between.  The fact that there’s something for everything on Twitter is a big plus.

Oh, and in case you haven’t heard, it’s also used for politics.  Political content from different perspectives is present there, but in my opinion, there is a more left-leaning sense there, either because of the prevalence of more left-leaning Twitter users, or because of the manipulation by left-leaning Twitter engineers (Twitter has been accused of bias in the past, and Jack Dorsey essentially agreed that people who worked there tended to be liberal).  I’ll add here that this has been complicated by the fact that Twitter seems to have engaged in banning or shadowbanning users with more frequency lately for conservative-leaning speech.  It also ramped up its crackdown on so-called “hate speech”.  The problem is that there’s not a consensus of what “hate speech” actually is, and there’s also a question of whether or not it should be protected or banned by services such as Twitter.

Meanwhile, Gab markets itself as a “free speech” zone where almost anything goes.  What Twitter punishes, Gab protects.  This is both an extreme positive for Gab, but a thorn in its side as well.  A sizeable crowd of racist and Antisemitic users has found a home on Gab, which means that you’re almost bound to be exposed to some pretty nasty stuff when you sign up.  There is a way to “mute” users, but you essentially have to be exposed to their posts before you can mute them.  You can also only mute one-at-a-time, which makes this a difficult task.  Gab also offers the ability to mute content by keyword, but in my experience this doesn’t work all the time.

Apart from that, Gab offers plenty of political talk which leans decidedly to the right.  You can also click through categories of other types of content, such as “Cuisine” or “Art” or “Finance”, but in my opinion, political talk still reigns supreme.  This is almost assuredly due to the size of the service; as of August 2017, Gab had 225,000 users, compared to Twitter’s 330 million users.  Multiply Gab’s userbase by a factor of 10 or more and there is bound to be an expansion of user topics. 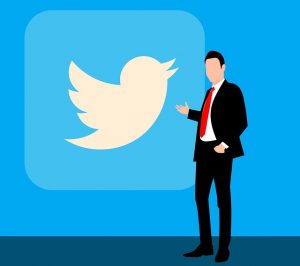 Although Gab looks like a promising social media service, it is still far too young to truly compete with Twitter.  If the lifeblood of microblogging services is their users, then Twitter reigns supreme due to its massive number of users and its acceptance by institutions across the United States and beyond.

Further, because Twitter has been adopted by so many people, it’s also extendable to other digital platforms.  For example, discussion areas on many websites allow you to participate by logging in with your Twitter username and passwords.  Also, as is the case with WesternCivForum.com, it’s incredibly easy to automatically post a Tweet when you publish a web page to another site.  This kind of integration isn’t available to Gab, and it’s unclear if it ever will be.

True, Twitter’s politics are scary and hostile to free speech, but so far it hasn’t gotten to the point which makes the entire service unusable.  Perhaps it will one day, in which case Gab might be a better home.

View all posts
★★ Read comments on Gab vs. Twitter: Which is better? ★★