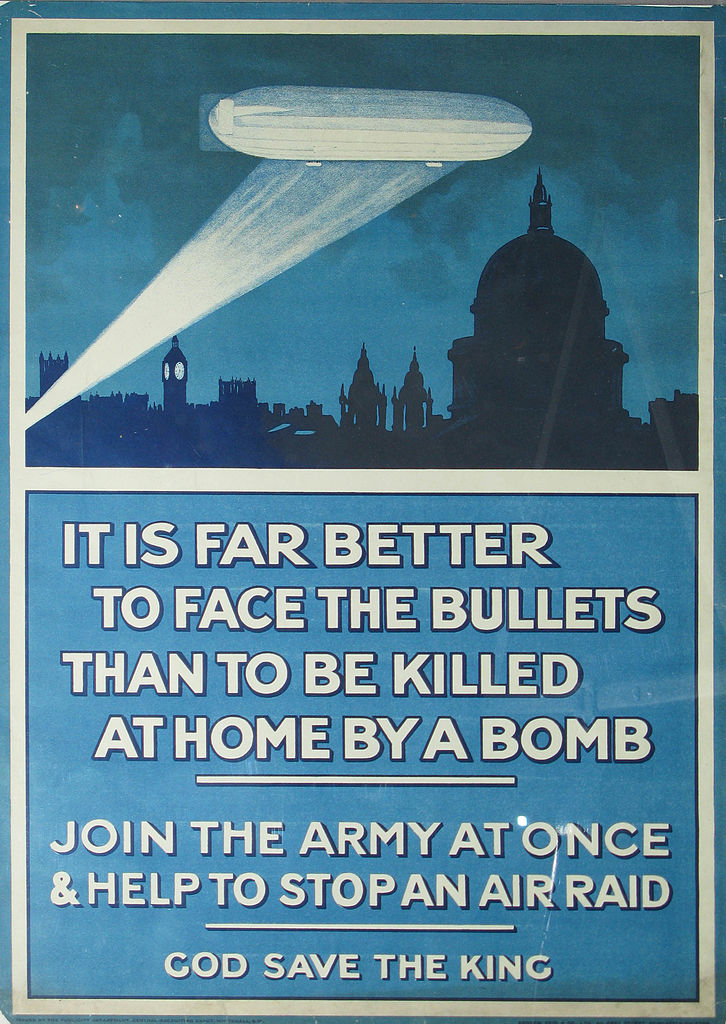 I was wondering if bombers would have been fooled by a fake city when bombing from low altitudes, but it seems that it was only initially that Zeppelins bombed near the ground (3000 ft).  Eventually they got to the height of 20,000 ft.  It makes sense, then, that the fake city would be built toward the end of the war.

During World War I, the French created a dummy version of Paris to the city’s immediate north. The plan was to fool German planes into thinking the Potemkin city was the real thing, thus leaving the City of Lights untouched by bombs.

During World War I, France built a fake Paris to fool Germany

Well, the creation of Faux-Paris must have remained in the minds of the French, as the war ended before the plan could be completed:

Fortunately, the plan was never put to the test. The war ended before the fake city was finished. Both the real Paris and the fake one escaped significant damage.The fake version has long since disappeared, though photos of it remain.

I suppose if you want to see Fake Paris today, you simply need to visit Vegas.