What is the role of the historical anecdote in writing?

You are here: Home / General history / What is the role of the historical anecdote in writing?

Have you ever really thought about how the anecdote should be handled when writing papers?  These devices are often times found in academic writing and can make for some of the most memorable insights that authors try to convey.

On one hand, it can be used to illustrate some larger trend that you are showing.  Like this, it’s a means of reinforcing what you are trying to convey.

I found an example of this in “Status and Slavery in Italy and Crete”, by Sally McKee.  In the article, the author wants to illustrate changing views of slavery status in Italy during the Late Middle Ages, and so she uses anecdotes to provide the substance that propels her argument.

Pietro Porco attempted to sell two young boys, Dimitrios and Andronicos, in 1345. Their mother was his slave woman, Theodora. And in the court record it emerges that Pietro was himself their father. Somehow, in a way that we will never know, news of the attempted sale of the boys reached the ears of the colony’s magistrates. They ruled succinctly and absolutely that

[Pietro] may in no way or manner sell or alienate one or both of them at any time. They are and will remain in perpetuity free, since the regime has accepted on the strength of worthy witnesses who testiﬁed under oath not only that Dimitrios and Andronicos were the spurious Sons of Pietro, who begat them with Theodora, but also that he had treated them as sons of that condition, and had acknowledged them to be his spurious sons. (Archivio di Stato di Venezia, Archivio di Duca di Candia, Memoriali, busta 29, fasc. 7, fo. 33″, 16 Mar. 1345

On the other hand, it can be used as an example of something which goes against a generality.  In this instance, the anecdote is used to show how something larger is not absolute.  Although I do not have a specific example of this handy, say that an author spends time describing a general trend in the ancient world, but also presents a single anecdote from an ancient text which goes against the trend, thereby proving that the trend was not universal.

This use of the anecdote is kind of like an academic hand grenade that is able to blow a small hole in a wall without making the entire structure fall over.

It seems to me that the anecdote can be used in whichever way the arguer wants to use it.  It can be used as a tool for or against quite a few things.  Anecdotes are powerful devices that make history concrete; they tie theory to the ground by illustrating a generality within a specific framework of time and place.  They can also be highly compelling and quite entertaining.  Nothing breaks up a dry examination of a historical reality better than a spicy, compelling anecdote that draws us into the fascinating reality of a historical society.

Of course, anecdotes can also be gimmicky if they are used merely to prove whatever conclusion the author wants, regardless of whether the anecdote actually does carry enough weight to support such a conclusion.

In order to combat this gimmicky use of anecdotes, it may benefit authors to determine, in advance, a rubric which evaluates the importance of anecdotes overall, as well as the propriety of using them in a particular writing.  For example, if an anecdote goes against a larger trend, it might be unwise to include it in the body of a paper, and might be better to relegate it to footnote status, or leave it out altogether.  Alternatively, if it is included in the body of a paper, clearly explaining that it does not disprove the larger trend, but only better informs the reader about limits of that trend, would be merited.

I personally love a good anecdote and find they bring refreshing context to papers.  They have the power to transform, inspire, and enlighten the reader, with relatively little effort from the author – provided, however, that the author exercises some wisdom in knowing when, where, and how to include them. 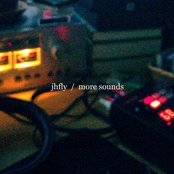 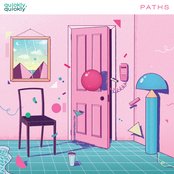 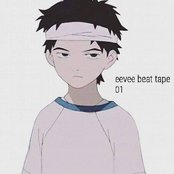 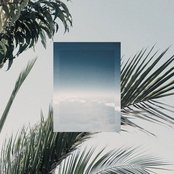