You are here: Home / Everyday life / Sandra is the new face of the spammer community 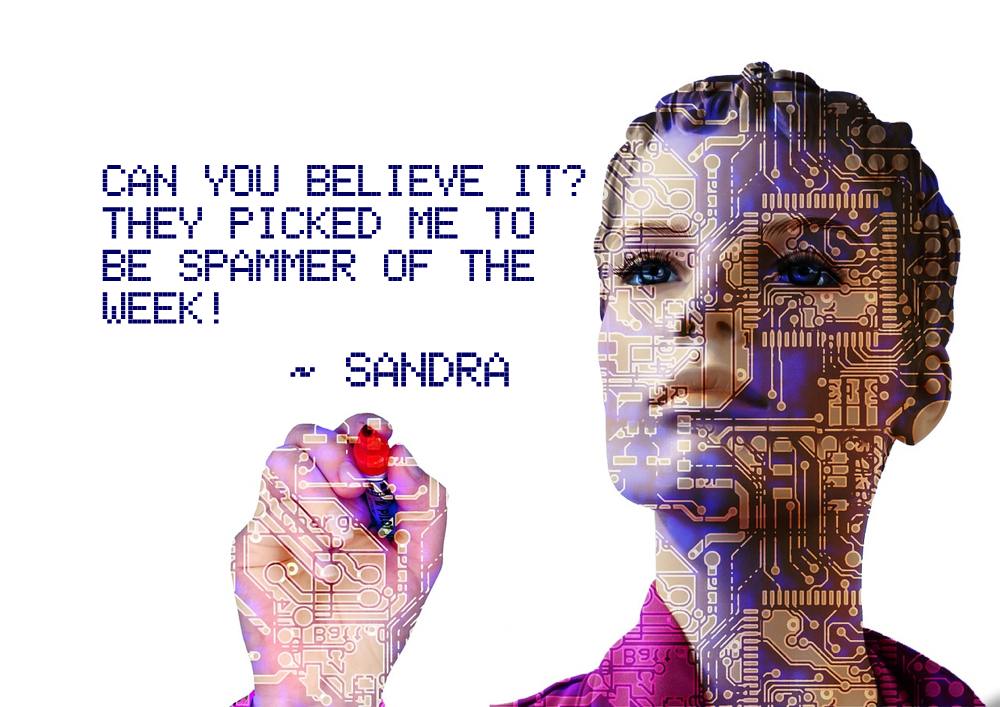 If you don’t know who Sandra is, then I must admit that I don’t know who she is, either.  At least, I don’t know much about her apart from the fact that she has become the new “it” girl among spammers.  I can tell as much from the increase of spammers with the first name “Sandra” over the past few days.  There’s “Sandra Casandra”, “Sandra Olivia”, “Sandra costless”, “Sandra sandack”, and my favorite – “Sandra sandy”.

What is going on with this?  Why the recent spurt of spam emails which use the same first name?  All of these spam messages were sexual in nature, and they presumably all wanted me to click on links within the messages.  They were sent to me at different email addresses linked to separate domains, which is a bit unusual.

Interestingly, while Sandra is the face of the spammer community over the past few days, the “it” girl last week was named Laura.

Again, different domains received repeated spam from spammers named Laura throughout the last week of the month of May.  The content of those messages was less graphic, but the modus operandi seemed to be the same.

I did notice that the spammer sending me this junk is using PHPMailer, so just now I set up a filter to discard those messages at the server level.  I guess I’ll know in a few days if it worked.