Westerncivforum.com was opened was back in 2006 as a discussion forum.  Spammers were a problem back then, and it’s understandable why: users are the ones who are tasked with content creation, and spammers want to create content in the form of spammy links.  In those days, I often tried to combat spammers individually, such as through blacklisting IP addresses or through just deleting spam as soon as it was posted.  Using CAPTCHA techniques also worked, and so this kept my forum pretty clean over the years.

Fast forward to today.  My methods for combating spam have gotten more sophisticated, as has my recognition of overall site security (a few hacks will do that to you).  My site does not suffer from spam – thankfully – but what amazes me is just how much attempted spam is directed at my site.  A little over a year ago I wrote about the massive amounts of attempted spam on this site, so this is really just an update to that post now that I’ve revived the site. 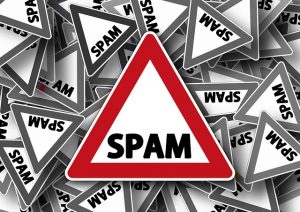 I currently have three anti-spam and/or security programs protecting my site.  First, I have what I will call my “heavy gun”.  It’s an aggressive anti-spam program that counters spam by looking for invalid HTTP_REFERERs, garbage email addresses, overly-long signup credentials, exploit scanning, excessive hits, and other sketchy behavior.  Second, I have a program which is my “platoon commander”.  This automatically blocks or throttles IPs based on certain behavior, such as exploit scanning, login failures, password recovery attempts, blank User-Agents, or pretending to be a Google bot.  Third, I have what I will call my “sniper”.  It’s more a security suite but it has some features that are helpful when fighting spam, such as the ability to capture incorrect passwords that are used when logins are attempted.

Despite the amount of spammers blocked with that program, they still get through.  I don’t have quantities of spammers making is past obstacle #1, but take a look at the spambots who have tried to log in over during about a two-hour span:

I should point out that earlier today, I disabled the math CAPTCHA feature that was on the registration portion of my site.  Before I did that, I did not have nearly that many false users getting this far.  I can only imagine how much spam was prevented because they couldn’t get past the CAPTCHA.

I guess it’s time to activate it once again.

Upon reviewing my security logs since I made this post a few day ago, I noticed that spammers who are rejected are being counted in the logs of more than one program.  Therefore, it wasn’t accurate when I said that one program stopped 90,082 spammers and another one stopped 64,800.  I’m not sure how many spammers are truly getting fended off by my security programs because the programs don’t all keep comprehensive logs, but I can say that since I re-enabled the math CAPTCHA feature of my site the number of login attempts has dwindled.  Rather than the 10 per hour I had been receiving, I’m now getting about one or two per hour.  Again, this is only the number of spammers who get to a certain part in the log in process; many more are still rejected for other reasons.

Certain types of spam seems to come in waves.  Spammers will use the same text over and over again in their spammy messages while only replacing key variable information.  One of the messages that I have seen making the rounds is the one below advertising an SEO service (link and other info has been removed).

Hi I just wanted to send you a quick message here instead of calling you. I came to your —————- page and noticed you could have a lot more visitors. I have found that the key to running a popular website is making sure the visitors you are getting are interested in your subject matter. There is a company that you can get keyword targeted visitors from and they let you try the service for free for 7 days. I managed to get over 300 targeted visitors to day to my website. Check it out here: ———————

Notice the way it sounds so casual.  So courteous.  A message rather than a call?  A decision made when I have no phone number listed on the site you visited?  The bot that sends out these messages simply inserts the title of the page from the contact form into the message body.  Apparently, this is supposed to make it seem like it’s legitimate.

This spammer group has been targeting various sites of mine for a while.  Although the email above came today, I did a search of email in my inbox and found the following that I had not thrown out with the junk.  This one’s dated June 16, 2015 (underlining is mine):

Hi my name is Jacqueline and I just wanted to drop you a quick note here instead of calling you. I came to your ————- page and noticed you could have a lot more traffic. I have found that the key to running a popular website is making sure the visitors you are getting are interested in your niche. There is a company that you can get targeted visitors from and they let you try the service for free for 7 days. I managed to get over 300 targeted visitors to day to my website. Visit them here: ———
Jacqueline ——– 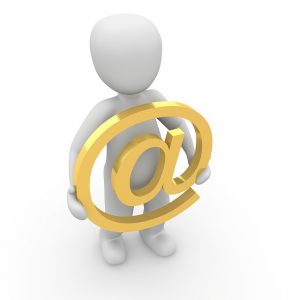 So why did the spammer decide to make these changes?  Some of them are rather subtle, but I suspect that there are two reasons.  First, taking out the name of the sender from the body of the spam could make it easier to bypass junk mail filters.  Second, replacing words like “niche” with “subject matter” may be more appealing to average website owners if “niche” sounds slightly too technical.  I’m not sure if there are spammer focus groups or if spammers do market research, but the small tweaks in these messages suggest a desire to hone a message to make it more appealing and to close the deal (i.e. click on a link included with the message).

The lesson here is simple – don’t ever hire an SEO (or web designer) that you hear about through an unsolicited email.  It’s just not worth it.  If a company is willing to advertise itself through shady means to get your business, why should it be expected to promote your business through legitimate means?

I have noticed that the same spammers have been emailing recently from a company calling itself “SwingSEO Solutions”.  This seems to be the same joint as “StarSEO Marketing” because of the same phrases they use in their text.  In any case, whether SwingSEO is an actually company is debatable at best, for when I do a search for it, no company by that name appears in a logical position in the search engine results.  I suppose this could have happened simply because Google penalized the company and removed it from the SERPs, but this would only reinforce the basic idea that we should stay far away from it.

At the bottom is the text of the spam (links removed) I received today from “Brigitte”.  Well, Brigitte has evidently been making the rounds, along with “Victoire” (another “sales manager”), since they’ve left some 5000+ spam comments that I could find.

[Note – the following is an aside about search engine optimization in general.]

Let me explain something about SEO services.  What you’re essentially paying for is something you can get for free anyway: a higher ranking in search engine results.  That’s right – whether you pay for SEO services or not, you can still achieve even the number one place in search engine results pages (SERPs) organically.  So what good is paying for an SEO service?  In my mind, the most they are good for is making it more likely that your pages will rank higher in SERPs and that people will click on your links.  In other words, this is entirely separate from your true goal, which should be higher profits.  Sure, you can pay to get more traffic to your site, but this is pretty meaningless if it doesn’t translate into more sales and ultimately more income.

Let’s say your site generates $5000 revenue per year after having spent $0 on SEO services.  Then, you decide to spend $1000 on SEO services, and it bumps it up to $7000 as a direct result.  Is it worth it?  If your profit margin is 20% ($1000 profit without SEO), then you’d be slightly better off financially after a year with these services ($1400 with SEO), and clearly better off long term, so long as your improved SERPs are maintained.  But this doesn’t mean it was necessarily “worth it”.

The first problem is that you could have likely invested a fraction of that amount to a cheaper SEO (or for education for yourself) to get the same results.  Honestly, basic SEO services do not involve heavy lifting, and there are many easy things you can do on your own to help you increase your rankings.  The second problem is that an alternative investment of that $1000, such as in Google Ads, could probably have produced better results.  The Google Ads service allows you to get your site to the top of the SERPs artificially, and a $1000 budget could last you more than one year and would probably bring you more revenue.  I don’t know if this is backed by research, but I suspect that Google Ads brings in more quality traffic (ready and able buyers) than organic results.

This isn’t to say that pricey SEO services aren’t worth it for certain companies (e.g. sites in extremely competitive markets, those with significant online sales figures, those with very large sites).  If you are a small business, though, don’t be fooled by SEO companies that charge gobs of money, because it’s probably just not worth it.

Message Body:
Hi, my name is Brigitte and I am the sales manager at SwingSEO Solutions. I was just looking at your Credits – Cordial-Glasses.com website and see that your site has the potential to get a lot of visitors. I just want to tell you, In case you didn’t already know… There is a website service which already has more than 16 million users, and the majority of the users are interested in topics like yours. By getting your site on this service you have a chance to get your site more visitors than you can imagine. It is free to sign up and you can read more about it here: … – Now, let me ask you… Do you need your website to be successful to maintain your way of life? Do you need targeted visitors who are interested in the services and products you offer? Are looking for exposure, to increase sales, and to quickly develop awareness for your website? If your answer is YES, you can achieve these things only if you get your website on the service I am describing. This traffic network advertises you to thousands, while also giving you a chance to test the network before paying anything. All the popular sites are using this network to boost their traffic and ad revenue! Why aren’t you? And what is better than traffic? It’s recurring traffic! That’s how running a successful site works… Here’s to your success! Read more here: …- or to unsubscribe please go here: …