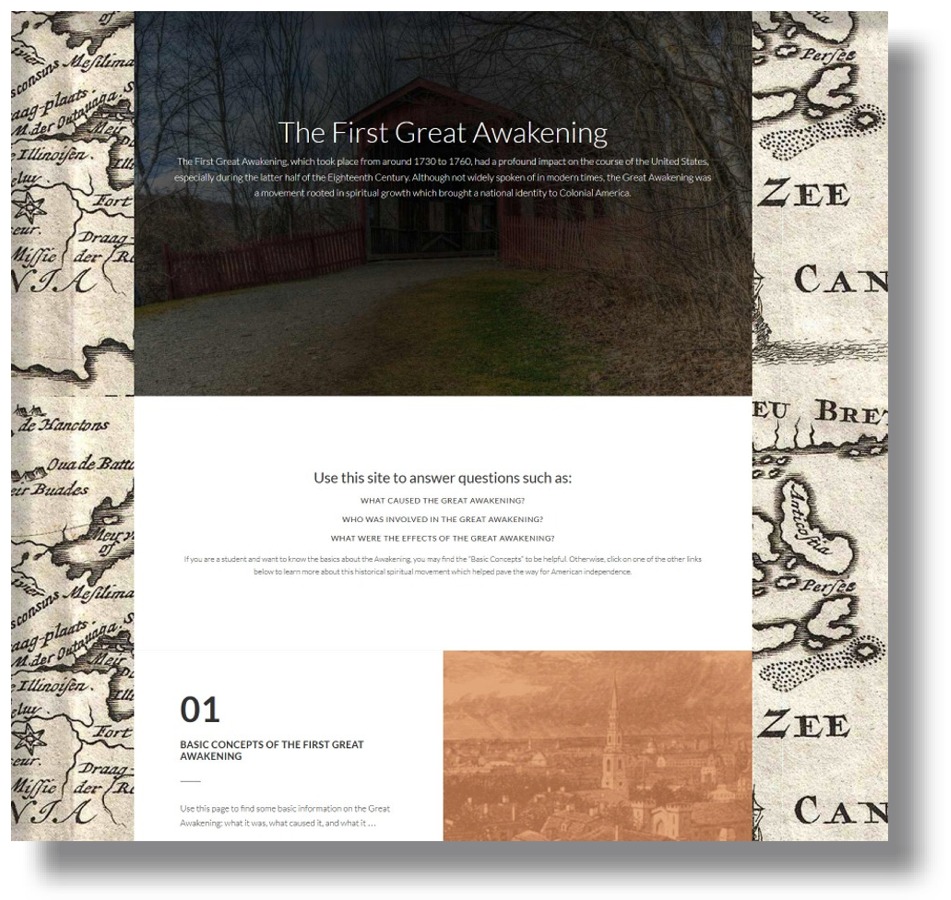 Many years ago I decided to transform a paper that I had written into a website.  I guess I thought it was just too interesting to hold on to, collecting flakes of digital dust on my hard drive.  From that paper was born a new site, Great-Awakening.com.

Although the site is fairly simple, it has done pretty well over the years and has attracted the attention of many educational institutions and students who have come in search of information on the First Great Awakening.  It’s also attracted its share of hackers.  I believe it was around August of 2015 when a hacker struck and injected code so that my site became an electronic billboard for all sorts of prescription and OTC medication.  Blame me for using a third-party theme that didn’t seem to be getting regular updates from the developer.  At that point I reverted to a default and generic theme until I got around to redesigning the site.

I finally did it.  Using a more modern design while keeping a similar Autumn-inspired color scheme, I created a site that should work for at least a few years.  Part of the reason I did this now is that I needed to move it from my old host to my new host.  My old hosting company seems to have gone into the tank as my sites still hosted there continue to lag, while my new (awesome) hosting company chugs along nicely.  Over the past year, I have been trying to migrate my sites to my new host before my time with my old host expires.

The site gains most of its traffic in late summer and late winter of the year, which correspond with the beginning of semesters.  Naturally, the First Great Awakening is one of the first topics that students cover when taking classes on American history.

If you are interested in learning about this intriguing part of American colonial history, go ahead and hop over to the site and see for yourself.