To answer to my question – I think that the answer is “yes”.

The bigger question is when it would have ended, and how this would have come about. I believe that slavery was being phased out in European countries even before the Civil War began, and as this sentiment swept the West it would have settled even in the South.  As technology developed in agriculture, the need for slave labor would have decreased. So too would this need decrease as farming shifted away from cotton and into other more mechanically-friendly crops.

Slavery was a function of supply and demand coupled with the violation of the dignity of an entire race of people.  Needless to say, America would be vastly different today if slavery had not ended when it did.

In my opinion, the Fugitive Slave Act of 1850 violated the precepts of justice in at least three ways.  In a nutshell, the Act gave legal force to southern slave owners to retrieve their slaves who escaped to the North. The Act was important to southerners because it was seen as a kind of quid pro quo; in exchange for giving slave owners a sense of security, the South agreed not to secede.

The first way the Fugitive Slave Act violated justice was in its abuse of the Separation of Powers, in that it allowed for a connection between judicial decisions and enforcement of those decisions. At a slave owner’s hearing to reclaim a slave, a commissioner might be paid $10 for keeping a person in shackles, and only $5 to set him free.  Over first 15 months of the FSA, 84 cases returned the alleged fugitives to owners, while only five were let go.  This suggests that commissioners were more interested in personal financial gain than the Constitutional rights of free blacks.

The second reason the Act was unjust was because alleged fugitives could not offer testimony into evidence.  This treated all blacks as slaves for the sake of the hearing, and thereby took away the right of free blacks, without due process, who could otherwise testify in court.

The third way the Act was wrong was that it promoted a policy of violating the rights of free blacks.  Slave catching became a profitable business and didn’t always distinguish between slave and free.  The Gap Gang, which operated before the Act took effect, was one such group from Pennsylvania that did not often distinguish between slave and free.  A startling message, found on a counterfeiter, directed to “go among the niggers, find their marks and scars, send good descriptions of them and I’ll find owners.”

So why did the North enact such as law?  Perhaps it was agreed to in haste out of a desire to see the South pacified.  As we now well know, even this attempt to quell the storm of dissent was short-lived.

The level to which people may go in order to be free is a complex and challenging one.  On one hand, living without freedom enables people to live constructive and fruitful lives on earth, even if they do not enjoy all the benefits of liberty.  On the other hand, freedom is one of the most fundamental of all human rights and is sought by all human beings, even to the point of death.  In the end, I believe that although freedom is a precious right, it is better to be alive without freedom than to prefer death.

Several reasons support the view that it is better to be alive without freedom than to choose death.  First, it is entirely possible to live as a productive citizen even while not possessing all the rights and opportunities afforded to people living in the freest of societies.  For example, African Americans developed a complex sub-culture in the American South prior to emancipation from which positive advancements in food, music, and folklore were born.  Although they lacked freedom and economic means, they nevertheless contributed to the rich culture of the American South and their efforts are being studied by scholars and recognized by the American public.  Likewise, Jewish communities in the ghettos of Europe who lived during Nazi oppression contributed toward the public good.  Anne Frank’s diary, which was written during the Nazi occupation of Northern Europe, is still read in schools and brings a dynamic element to education today.  All of these positive contributions by African Americans or Jews would not have resulted had they chosen death if they could not be free.

A second reason is that although someone may be in bondage at one point in time, he or she may be liberated and gain freedom in the future.  If a person chooses death if he cannot be free, he has made a permanent and irreversible decision.  But if a person chooses to live, even though he or she may be in bondage, freedom may return to him or her at some point in time.  Millions of African American slaves were legally freed after the passage of the Emancipation Proclamation in the 1860s, after which they had liberty rights that they did not possess beforehand.  Many Jews were freed from death camps in Europe so that their freedom was restored.  Even for common inmates in prison, the term for most criminal actions is finite, meaning that their loss of freedom is temporary.  Had any African American slaves, Jews in death camps, or common criminals chosen death rather than bondage, they would not have lived to see light of liberty that they were able to enjoy after being freed.

Lastly, the existence of several levels of human freedom make the decision to die without freedom very problematic and unfeasible in most circumstances.  For instance, a person may live in a democracy which enacts regulation after 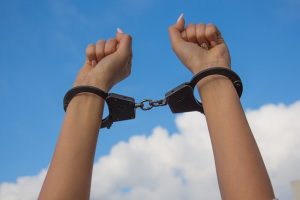 regulation, thereby burdening its citizens with more and more restrictions on what they can and cannot do.  In essence, that society’s citizens lose their freedoms little by little.  At what point might a person decide to die rather than to live without freedom?  Certainly the citizenry retains some rights, but not all rights.  But in a similar fashion, prison inmates retain some rights, but not all the rights of people not in prison.  In both the case of average citizens and inmates, some rights are removed by the authorities, and some rights are retained.  In which case would death be preferred over the lack of liberty?

In conclusion, the argument for deciding to live without freedom rather than to die is more compelling.  People without freedom may still be productive citizens and they often maintain the possibility of freedom in the future.  Further, all people live their lives with some degree of restriction anyway.