One of the things I love about history is that it’s easy to become fascinated with otherwise mundane topics.  An interesting show (on National Geographic, I think) which chronicled the history of sanitation is one such example of this, and I’ll try to recount it here.

As urban areas developed, good sanitation was a must, as it was a serious health concern. Although ancient civilizations made some headway in this (such as the Cretans), the Romans were the “septic pioneers”, probably due to the fact that they had plentiful water running into the city by way of aqueduct. During those days, toilet areas were common to neighborhoods and Romans would treat the affair in a sort of “social” affair. These toilets appeared to have been cut in some sort of stone slab below which was some sort of water flow. 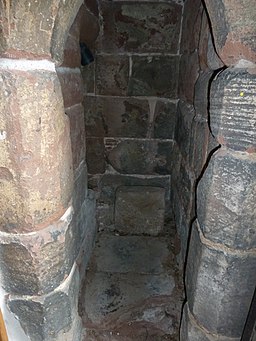 After the Middle Ages, more advancements in toilet technology were made, and an early version of the flush toilet (the “Aiax”?) was around by 1597. Unfortunately, piped water was not available in those days which made it somewhat disadvantageous, and pipes leading straight down meant that noxious fumed could rise back up and literally stink up the room – or the house.

In nineteenth century England, toilet technology was especially needed during the crowded years of the Industrial Revolution. Many homes with toilets during those days simply released the sewage back into the ground not far from their homes, which meant that the same people (or their neighbors) could very well end up drinking water from the ground that was tainted with disease. Cholera incidents spread and killed thousands during this time, both in Europe and the United States.

Around the 1850s, the English government wanted to correct the matter and forced homes to have indoor toilets. Unfortunately this only exacerbated the problem, and the “Summer of Stink” around 1858 resulted as sewage that ran into the river backed up and baked in the sun. After this, new underground sewage flow and containment areas were constructed to prevent this from happening again.

One of the last topics covered by the show I saw explored how toilet technology was developed when man first went into space. For Alan Shepherd, the lack of anticipating the toilet question led him to have to urinate in his own space suit as he waited for hours for his flight to launch. Later on, devices were created which disposed of waste and urine, and I believe it is on the International Space Station where urine is now recycled rather than disposed of. The show mentioned that for long trips to Mars, even excrement may have to be recycled to make use of it rather than dispose of it.