The availability of citrus in the ancient world

You are here: Home / Ancient Civilizations / The availability of citrus in the ancient world 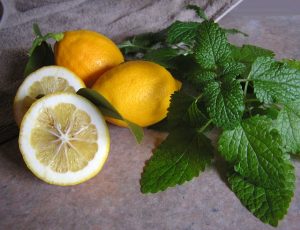 I came across an article about the lemons and other citrus fruits in the ancient Roman world.  According to research done by an Israeli archaeobotanist, the citron was the first citrus fruit to make it to the western Mediterranean around the third or second century B.C. (probably through Persia).  The lemon?  That had to wait even longer, and was not widely available:

This is interesting considering how much we identify the lemon with Greek culinary recipes today, or with Italian limoncello.  It’s surprising to imagine commoner life without kinds of fruits that we take for granted today.  However, I think it’s safe to say that they had their fill of other delectable items, such as grapes.

The article goes on to give the arrival dates of some other citrus fruits to the (western) Mediterranean.  Here’s a timeline of approximate dates:

The powerful Medici is known for appropriating the image of the orange tree as their family symbol in Florence by the fifteenth century.  Would this have been the sour or sweet orange that they chose?  I think the novelty of the newly-arrive sweet orange, as well as the taste (which was presumably more palatable than the sour version), means that it was probably the chosen fruit that we see in Medici imagery.