You are here: Home / General history / Is America Experiencing a New “August Madness”? 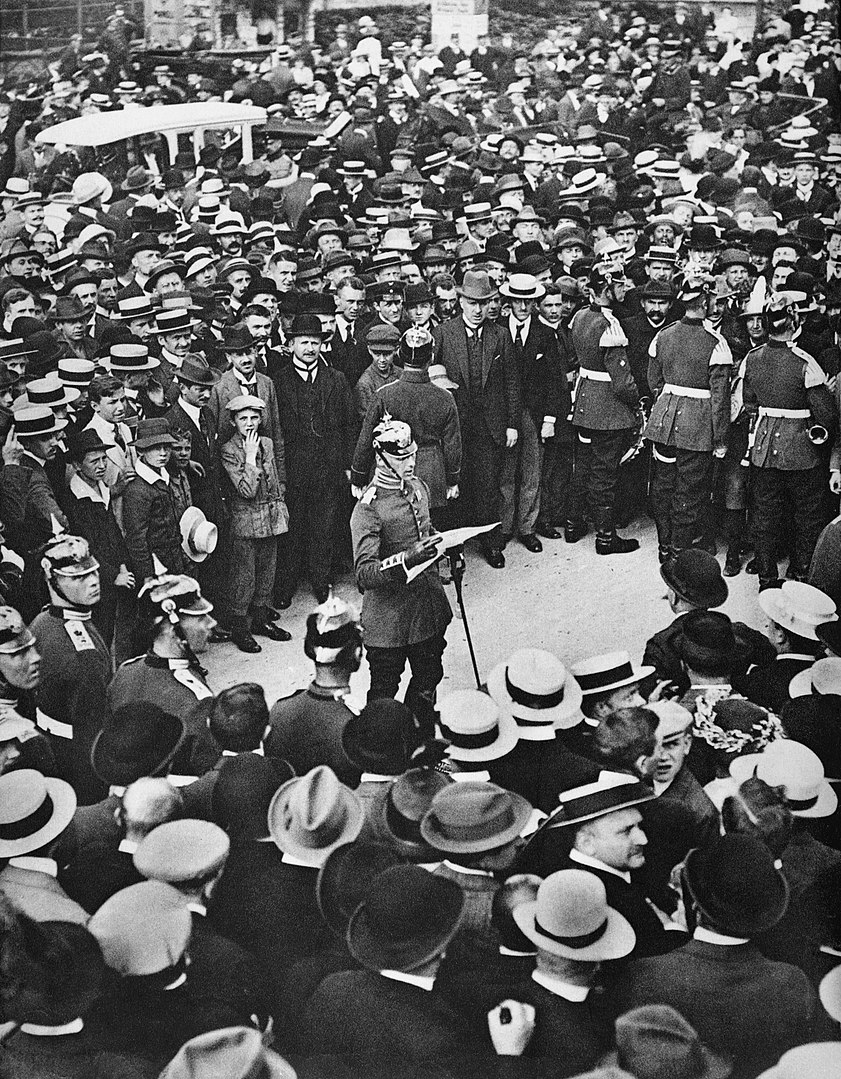 Expectations of a new civil war are rising. Could this lead to a self-fulfilled prophecy?

It’s hard to know if the times we live in are as chaotic and explosive as they seem to be, but based on recent rhetoric, it seems like the United States is approaching the boiling point. The perpetual battle between the political right and political left has accelerated, particularly since the election of Donald Trump to the presidency in 2016. Events since then, such as the saga surrounding the Trump-Russia conspiracy theory, two impeachments, the pandemic, the George Floyd riots, and January 6, helped create tears in the country’s social fabric, and the actions taken by President Biden ever since have all but ripped them apart entirely.

Today, we are living in an environment rich with explosive tension. A recent poll found that some 40% of the population thinks that a civil war was likely over the next decade.

It seems like talk of civil war was all but unheard of just a few short years ago. Even talk of a secession of states was not widely discussed. Now, it seems like people are gearing up for one of these to happen.

I came to the realization that America will be broken up back in 2018, and said so on another website at the time:

…I can’t see it ending any other way. America is doomed to break apart. The cultural divide is simply too great to sustain a unified nation. Think of any nation that has emerged through history, and it typically centers around a common culture. We are entering an age when this common culture still exists, but it is being stretched so far that we are starting to see some cracks.

Will this end in civil war? I certainly hope not. My hope is that some sort of peaceful separation is reached, though this might be a pipe dream. When it comes down to the details, which side would want to give up the rich oil reserves of the South? Who would get the rich farmland of the Midwest? What about the major port cities? This would have such a dramatic impact on the global economy that I have to imagine some people would want to commandeer the division to their choosing.

But really, what is the alternative? A single country existing in which one side is content to censor, fine, and probably even jail (or execute) those on the other side of the political spectrum (and if you don’t believe me, these kinds of things are already happening, or being suggested)?

Hundreds of years ago people rebelled against political authorities over political disagreements involving autonomy and power disparities. Today the powers that be have the potential to have vastly more control over the lives of individuals. That can only last for so long.

Despite what I said, when I hear talk of civil war, I fear for what would happen if one were to actually break out, and I wonder just how many people might actually be eager if one started. This situation might be likened to the early-twentieth century “August Madness” in Europe, and could cloud people’s judgment about what a new civil war would entail.

The original “August Madness” refers to the wave of enthusiasm for war that swept through Europe in August 1914.  Ideas of stunning victories and glorious battles helped encourage people to mobilize and celebrate the coming of war.  With thoughts of soldiers wearing colorful, elaborate nineteenth century uniforms undoubtedly in their heads, the public would eventually get their wish, but it wasn’t quite as they had anticipated.  Instead of stunning tales of bravery on the battlefield and quick victory, the public was left to ponder the bleakness of trench warfare, mustard gas, and brutalization of even civilian populations in the new phenomenon of “total war”.

When World War I finally came to an end, it was particularly devastating for one soldier who was profoundly dismayed at Germany’s surrender: a young Adolf Hitler. For Hitler and others in Germany who thought that their nation caved too quickly, the end of the war must have been a cold splash of reality that countered their earlier wave of excitement from 1914. As a result of this, Hitler sought to find answers about how Germany could have been defeated when it didn’t seem like they lost. He found answers in the “stabbed-in-the-back” narrative which blamed Jews for the defeat, which would later craft the views of National Socialism.

Could we be experiencing a similar kind of “August Madness” of our own in 2022?  With terms like “civil war” trending on Twitter more frequently, and pundits on TV openly claiming we’re already at war, or that one’s political supporters are “threats to democracy”, we have clear signs that the rhetoric is ramping up and reflecting cultural sentiments that may boil over into actual violence. We seems to be closer now to civil war than ever since the 1860s.

To be fair, many of the heightened or “extreme” political views generated today seem to originate within the sphere of social media, the users of which constitute a minority of the overall population, albeit a powerful and influential one. Within this group of social media users seem to be a large number of journalists and other pundits who have a dominant role in the shaping of political discourse.

What about the mass of citizens in the U.S. who don’t participate in social media? Are they gravitating toward war, or even thinking in terms of extreme political views that could open themselves up to war? The answer to this is very likely, “no”. However, a civil war would not require 50% of a nation to hate the other half in order for fighting to commence. If conditions are ripe for war, you might only need to have 5% of the population ready to engage. In such a situation, all it could take is a Harpers Ferry moment, led by a few, that could be a catalyst for much larger conflict.

View all posts
★★ Read comments on Is America Experiencing a New "August Madness"? ★★