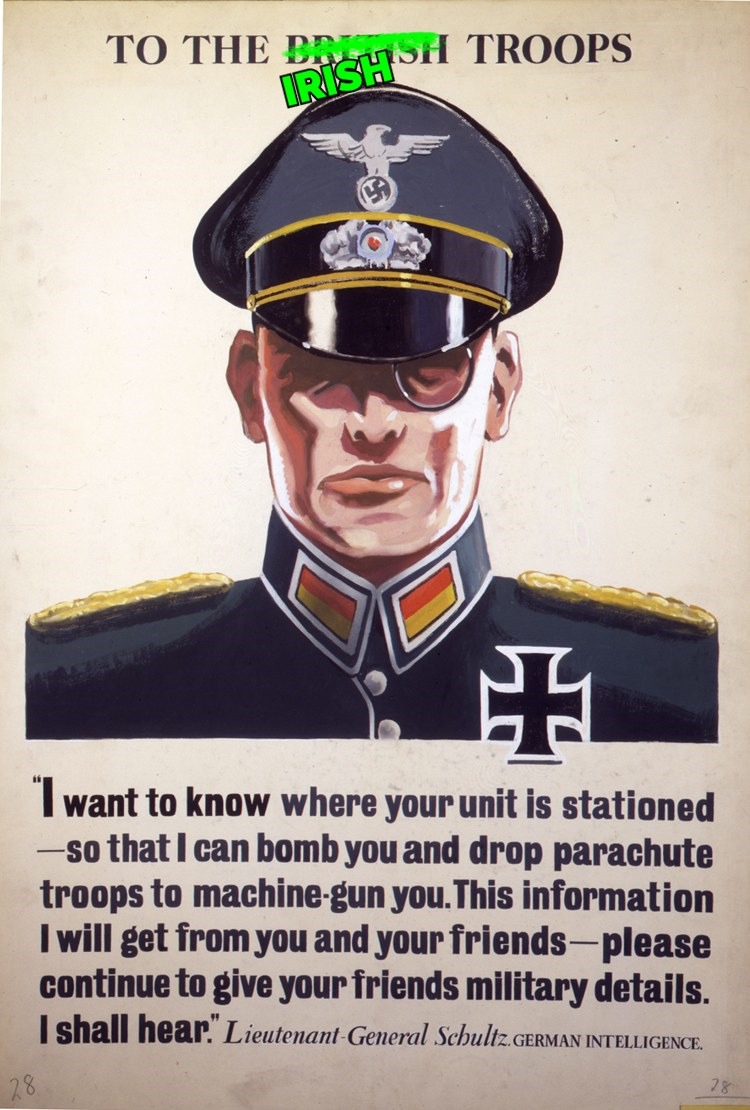 This is one of those interesting tidbits of history: Hitler tagged Ireland as a potential invasion target.  A document was uncovered a few years ago that showed plans for Germany’s invasion, which apparently had a strategic appeal:

‘Despite the fact that many Irish were sympathetic to Germany throughout the war, they were clearly earmarked by the Nazis for invasion and for the same fate as all the other countries in Europe.  Mr Westwood Brookes said it was also possible that Hitler might considered invading Ireland first to establish an invasion force there for a later attack on the UK mainland.He added: ‘It would have made complete military sense for the Germans to invade Ireland as it was a perfect location to set up to reinvade England in a bid to take Britain back from the Germans.

It’s always interesting hearing or even thinking about Hitler’s larger ambitions (from the comfort of knowing they didn’t materialize, of course).  Since we’ll never know how those plans would have played out had he gotten the chance, we’ll have to be satisfying with talking about alternative history – or watching it on Amazon Prime.